Catholic thought and teaching on peacebuilding has developed out of the Gospel and also out of the practice of peacebuilding. The following individuals and organizations are some examples of the many on-the-ground artisans of peace whose practice has contributed and continues to contribute to the development of peacebuilding in the Catholic tradition. Also see the Special Peacebuilding Inteview Series by CRS University to learn more about Catholic peacebuilding from some other practitioners, Church leaders, and scholars. 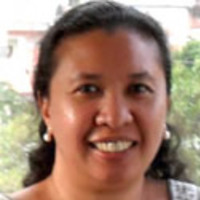 Myla Leguro
With a background originally in agriculture, Myla Leguro found her way to Catholic Relief Services in 1991. Since then, she has become a globally known leader in peacemaking.  Most recently Leguro became CRS's Program Director for Advancing Interreligious Peacebuilding, a global project covering the Philippines, Egypt, Bosnia and Herzegovina, Niger and Nigeria. Leguro also founded the Mindanao Peace Institute, which offers training institutes on peacemaking for groups throughout Asia. See some of Leguro's research published for CRS here. 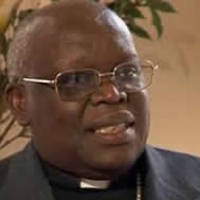 Archbishop John Baptist Odama
Currently the Chairman of the Uganda Episcopal Conference, Archbishop Odama, of Gulu, Uganda, has been a central figure in negotiating peace between the Government of Uganda and the Lord's Resistance Army. Archbishop Odama also served as Chairman of the Acholi Religious Leaders Peace Initiative, an interfaith effort to promote nonviolent resolution to conflict in northern Uganda and other effected areas in the region. In 2012 he received World Vision International's Peacemaker Prize. 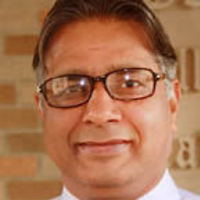 Peter Jacob
The National Commission for Justice and Peace was founded by the Catholic Bishops' Conference of Pakistan in 1985. The Commission was awarded the 2016 Pax Christi International Peace Award for its long-time work advocating for human rights for all peoples, especially religious minorities. Peter Jacob was an instrumental leader of this organization, serving as its Executive Director from 1995-2013. Jacob currently is Executive Director of the Centre for Social Justice of Pakistan, an organization founded in 2014 to conduct research, training, and advocacy related to development, human rights, peacebuilding, and conflict resolution. 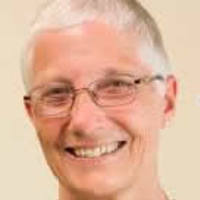 Marie Dennis
For multiple decades Marie Dennis has been a leader in nonviolence and peacemaking at the grassroots, community-based level, but has also been a leader for raising awareness about the impacts of policies from governments in the global north on development and poverty in the global south. Dennis was Director of the Maryknoll Office for Global Concerns from 1989-2012, and served as the Co-President of Pax Christi International from 2007 to 2019, where she continues currently as a Senior Advisor to the Secretary General. She has additionally been involved in several major advocacy initiatives, including the White House Task Force on Global Poverty and Development and the Jubilee USA Network. Dennis is also a prolific writer, with several works focusing on the spirituality of peace, justice, and nonviolence, and in 2016 was named Person of the Year by National Catholic Reporter. 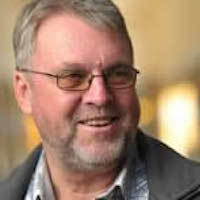 John Ashworth
Since 1983, John Ashworth has been advocating for development and peace in Sudan. Today, Ashworth is an advisor to both the South Sudan Council of Churches and the Sudanese and South Sudanese Catholic Bishops, and a CRS consultant on Sudan and South Sudan. In 2013, he was a Kroc-CRS Fellow at the Kroc Institute for International Peace Studies at the University of Notre Dame, and produced The Voice of the Voiceless: The Role of the Church in the Sudanese Civil War. His over 30 years of advocacy in South Sudan and other areas in Eastern Africa, and his ongoing efforts to inform the world about peace and justice issues in Africa, have been a major force for peace. 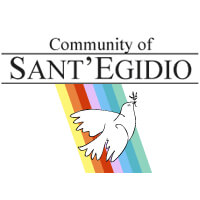 Community of Sant’ Egidio
The Community of Sant' Egidio is a Catholic lay association, founded in the Trastevere neighborhood of Rome, Italy. It focuses on international solidarity through prayer, ecumenical dialogue, and service to the poor. Having come to recognize war as the "mother of all poverty," the community has become internationally known in the last ten years for its contributions to peace. This recognition has come for extensive work on mediating dialogue to resolve conflict in Africa, Central and South America, and Eastern Europe. 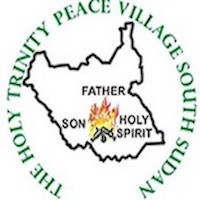 The Holy Trinity Peace Village (Kuron, South Sudan)
Developed from the vision of Bishop Paride Taban, the Peace Village is an intentional communiy for forming fellowship between peoples of diverse ethnic backgrounds. Bishop Taban centers the Village on the belief that peace follows from development, and directs the Village to be a place where development and cooperation can flourish. The Village's operations focus on agriculture, education, including adult education programs, healthcare, and spiritual formation. And in all these activities, it fosters the building of solidarity. The Village also includes residences, conference facilities, and an airstrip.

FINCOPAZ (Bogotá, Colombia)
FINCOPAZ is a non-profit affiliated with the Archdiocese of Bogotá. They offer resources, accompaniment, and a pedagogy for training school-aged to promote a culture of peace, democracy, and human rights. The group works in coordination with the Secretary of Education of the Capital District in Bogotá to help children develop skills for democracy and respecting rights, and to cultivate historical memory about past conflicts and victims. These efforts aim at children in order to empower them against violations of their rights and in order to help peacemaking and democratic respect penetrate civil culture. 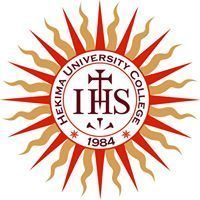 Hekima College (Nairobi, Kenya)
A constituent college of the Catholic University of Eastern Africa, Hekima College opened in 1984 specifically as a Jesuit school of theology.  But recognizing the need in Africa for studies on peace and conflict resolution, Hekima founded the Institute of Peace Studies and International Relations, offering master's degrees for women and men, organizing regular conferences and events focused on theology, peace studies, and conflict resolution, and publishing the journal the Hekima Review. Hekima has grown into a major center for promoting African scholarship on peace studies and for empowering social transformation.