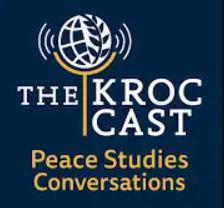 The History, Present, and Future of the Movement toward Nuclear Disarmament

Maryann Cusimano Love, May 2020.
Arms Control Today
"The Papal Vision: Beyond the Bomb"

Desch and Powers, Feb. 2017
Commonweal
"No More Nukes? An Exchange"

Tobias Winright, July 2017.
The Tablet
"In Pursuit of the Human Factor: Are the Traditional Principles of a 'Just War' Relevant in an Age of Nuclear Weapons?"

Kevin Clarke, May 2015.
U.S. Catholic
"Where Does the Church Stand on Nuclear Weapons?"

Toward a Post-Nuclear Just Peace

In this conversation, Rev. Drew Christiansen, S.J., co-editor of A World Free From Nuclear Weapons (2020), and Eli McCarthy, editor of A Just Peace Ethic Primer (2020), will discuss the implications of the Pope’s stance on nuclear disarmament and how a just peace might be pursued more faithfully, consistently, and effectively. Topics will include the Treaty to Prohibit Nuclear Weapons, the challenges of the new nuclear age, the three categories of a just peace ethic and a case example, and the agenda for both theoretical inquiry and programs of social action in pursuit of a post-nuclear peace.

For additional information and to register, please visit:  https://berkleycenter.georgetown.edu/events/toward-a-post-nuclear-just-peace